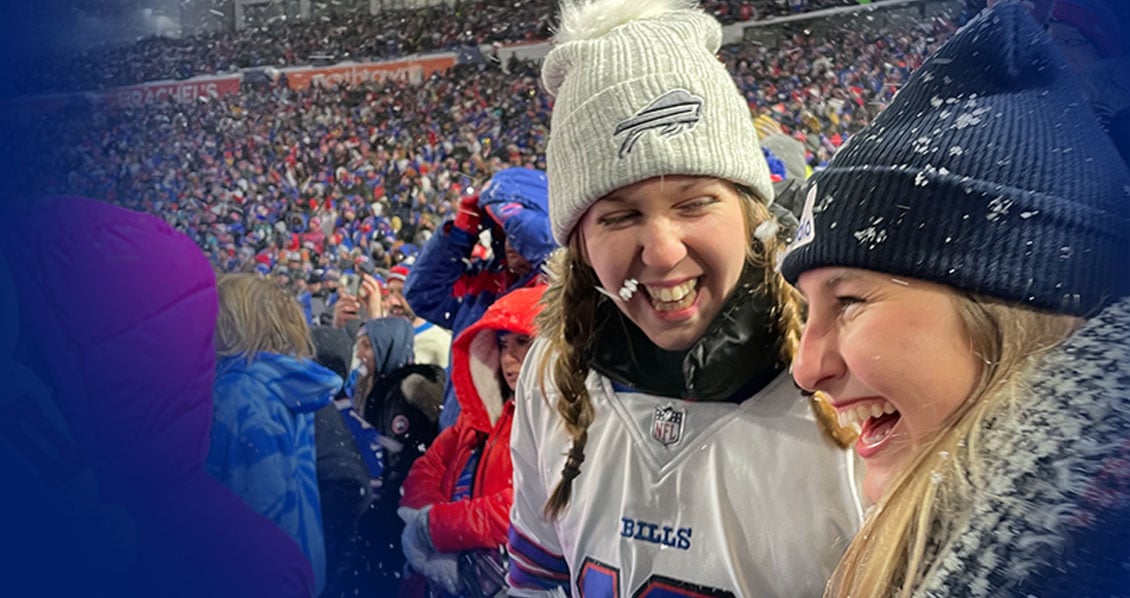 A Buffalo Introduction and Bills Initiation

Originally, Lily was planning to head to Florida for the weekend of December 16. She didn’t have much planned, but had booked a flight, had a spot in a half marathon to run, and figured she’d fill the rest of her time enjoying the nice weather and exploring. She’s from New York City, an adventure-seeker by nature and had PTO to use before the end of the calendar year – why not.

That is until she received an email and text saying that she had won the Be in Buffalo Hometown Touchdown.

The Be in Buffalo Hometown Touchdown sweepstakes gave its winners and a guest of their choosing airfare, hotel stay, and tickets to the Buffalo Bills vs Miami Dolphins game on December 17. The campaign was advertised to expats and Bills fans across the country, including in over 80 Bills Backers Bars.

So, Lily had a choice – and to her, an easy one. She cancelled her flight to Florida, would forgo the half marathon, and instead head to Buffalo, New York for the weekend, with the forecast calling for snow and the Miami Dolphins headed to town. Lily had never been to Buffalo previously but had heard talk of the Buffalo Bills recent success. She rallied her friend Meredith – whom she’d met at the University at Delaware, but now lives in Salt Lake City, Utah – to join in on the adventure.

The two made a full agenda of their time in Buffalo. Lily took a jog around downtown and along the soon-to-be redeveloped Ralph C. Wilson Centennial Park, an over $100 million project along Buffalo’s waterfront. The pair hit Canalside beneath the beginnings of a mild yet still beautiful Buffalo winter snowfall. SPOT Coffee, kombucha at Lucky Day, an espresso martini at House of Charm, and sours – Lily’s favorite – at Thin Man Brewing on Elmwood filled their glasses throughout the weekend. 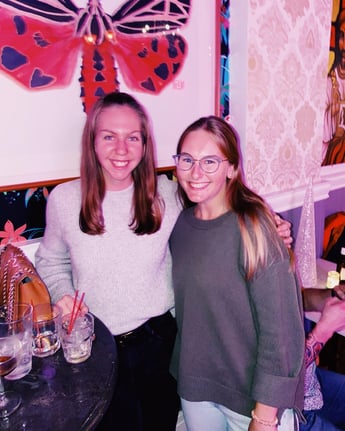 The main attraction, unsurprisingly though, was the football game. It would be the 8-5 Miami Dolphins visiting the 10-3 Buffalo Bills – a game between bitter rivals, so captivating that the league flexed it into Saturday night’s primetime, nationally televised spot. Nearly as highly anticipated as the game was the forecast, the talk of day-time football shows, drive-time radio, and pre-game press conferences throughout the week. Certain reports called for upwards of 9 inches of snow falling directly on the stadium throughout the duration of the game.

For Lily and Meredith, it was all brand new. Neither had ever been to an NFL game and they were looking forward to the experience. The tailgate featured their first sips of Labatt Blue Light and bites of the local delicacy sponge candy, as expected skepticism turned to a second piece. The pair hit the Buffalo Bills store to upgrade their gameday swag and continue their conversion to Bills fandom. Then it was to the seats – the ninth row near the goal-line, just a snowball throw away from where Quintin Morris would soon score the Bills’ first touchdown of the day.

The game was back and forth – the Bills leading 21-13 at halftime and then trailing 29-21 into the beginning of the fourth quarter. The weather, though, had held out. Though there was snow throughout the stands from earlier in the weekend, not more than a flake had fallen during the game to this point.

And then that changed. 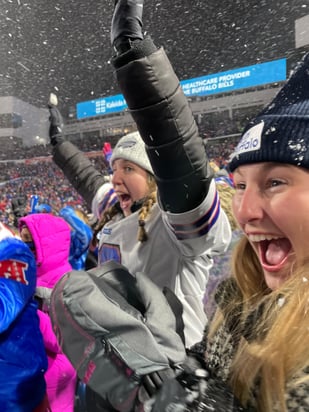 Highmark Stadium looked as though it was inside of a snow globe on a nearby neighbor’s mantle – picked up, shaken, and set back down for the flakes to swirl and then fall. And as the snow fell, the Bills rose. The team scored 11 unanswered points, with Josh Allen heroics sprinkled throughout, and a game-winning Tyler Bass field goal as time expired. The team slid across the snowy turf making snow angels to celebrate. Lily and Meredith sang the Shout song they had since become well-acquainted with, high-fiving strangers around them, and taking in the spectacle of the biggest Bills win of the season in the most picturesque setting of the Bills season.

They may have came to Buffalo uninitiated, but were leaving as card-carrying members of the Bills Mafia.