4 things you didn’t know were made in Buffalo Niagara

Buffalo Niagara is known by many for our legacy industry and advanced manufacturing prowess. However, it is much less known that some of these household names are made right here in Western New York. Maybe you even had one of them for breakfast. 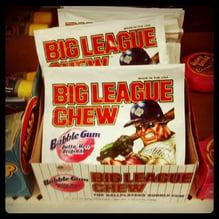 Little League Baseball summers are fueled on the stuff. My brothers and I would always imitate MLB player batting stances and a big wad of Big League Chew in the side of my cheek was the finishing touch on my Juan Uribe impression. Big League Chew, made by Ford Gum company, is made right here in Akron. Ford Gum was started in 1913 selling penny gumballs. Today, they’ve sold more than 800 million Big League Chew pouches and have made generations of kids feel like their heroes, too. 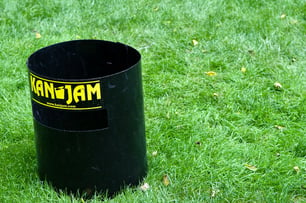 The famous yard game was invented in a backyard in Tonawanda, with a flying disc in one hand (Frisbee is trademarked) and a cold can of beer in the other. At that time, discs were slammed into beat up metal garbage cans. Today, Kan Jam utilizes the local Buffalo plastics supply chain and is headquartered in Getzville. They’re a worldwide success with several new products and license agreements with major league sports leagues for branding.

On any given golf course across the country you can find an OnCore golf ball sitting with a nice lie in the middle of the fairway. Or if you’re like me, you might find one among the high weeds and trees. They’re even spotted on the PGA Tour. This golf ball that is changing the game was invented and is made right here in Buffalo. FORE! 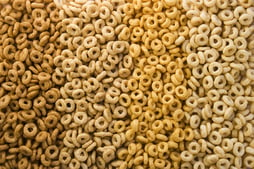 On a crisp fall morning in downtown Buffalo, with a slight breeze coming in off the water, you can get a warm whiff of Cheerios. That’s because General Mills has a large plant at the now bustling Canalside. The aroma of whichever cereal they’re making that day wafts through the city, putting a smile on faces and making some of us quite hungry.

Want to make things in Buffalo Niagara, too?