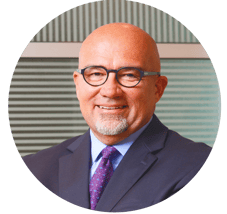 In many ways, the strength of the Buffalo Niagara resurgence, the momentum we felt here on the ground, and the story being talked about by economic developers, expats, NFL fans, and many others across the country was validated by the 2021 calendar year. Our region routinely entered itself into the national and even global conversation with significant project developments, innovations, and largescale transformations.

I am grateful for the work of so many throughout our region and our Invest Buffalo Niagara organization to make this such a successful year. Below are just some of the achievements that stand out among many.

Again, this is just a highlight of the many great accomplishments throughout our region this past year. While there are things I worry about – my dog Asher’s latest antics, a bogus pass interference flag – I do not worry about us Buffalonians becoming complacent with success. Here’s to an even better 2022 – one of more job creation, more development, more national recognition, and maybe a Super Bowl, too.

Come grow your business with us.